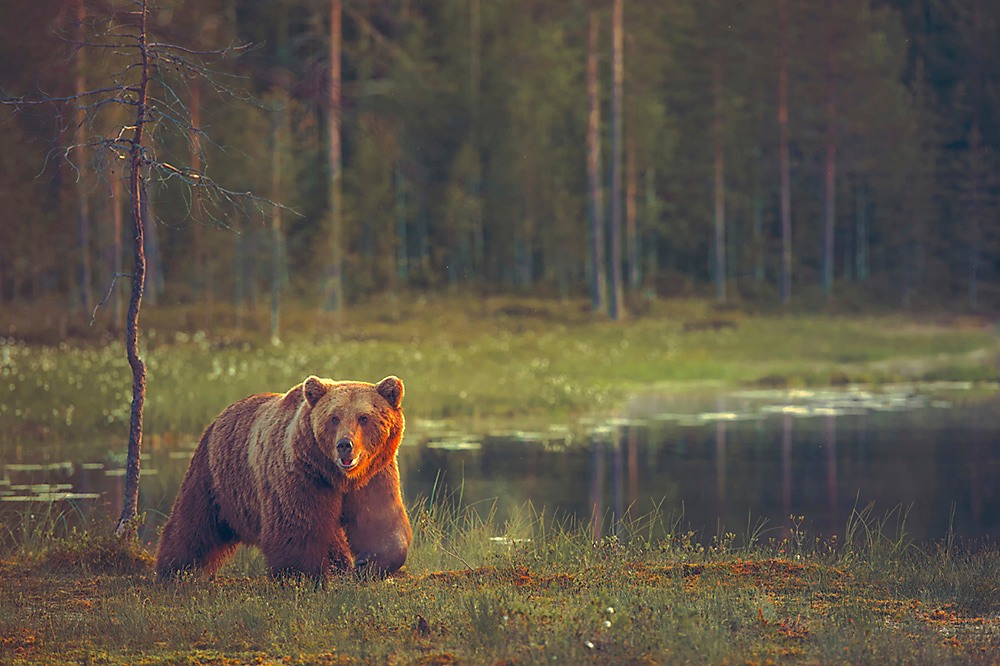 Bears are for the most part a solitary species and are active largely during the day. While many people believe bears are nocturnal, this is not true, though they will sometimes wait until cover of night to raid trash cans or crops in an effort to avoid humans.

Bears have a strong sense of smell (better than dogs) which they use primarily to find food sources. Because of this, they can pose a threat to livestock and other parts of agricultural operations such as chicken coops, beehives, dumpsters, and carcass dumping sites.

Electric fencing is one of the best defenses to deter bears, but no defense against bears is a fail-safe option. Bears can be an extremely dangerous animal, and electric fencing needs to be used in the context of other smart bear proofing strategies. Zareba® Systems does not provide recommendations regarding bears and electric fencing, but for more information, view this article from the Alaska Dept. of Fish and Game.

While electric fences are normally used to contain animals, they also can be equally effective for keeping certain predators out, such as dogs, wolves, coyotes and bears. These animals can pose a threat to your livestock, horses or exotics, but preventative strategies and use of a reliable, effective electric fence system can help to minimize these threats and allow for coexistence.

Many different variations of electric fence designs exist to deter large predators. Commonly used on small-scale operations, electric fencing can be used to protect beehives, dumpsters, lambing and calving areas, corrals, bone piles, and other areas where scavengers and predators need to be kept out.

Predators are motivated by their prey, which sometimes can be the animals on the other side of the fence – such as livestock.

Domestic animals become conditioned to the electric fence, usually avoiding it after one or two shocks. However, predators may endure repeated shocks in their determination to get to their “food source.”

Predator fences need to shock severely, plus serve as a physical barrier. The fence needs to be sturdier, have wires more closely spaced, and may need to be taller than the animals. For these reasons, we recommend permanent high-tensile fence systems for keeping out predators. The key to success is to erect the electric fence before the attractant level to predators is high. This ensures animals are "trained" to the fence early on.