Hay! Is Your Hay Prepped to Survive Winter? 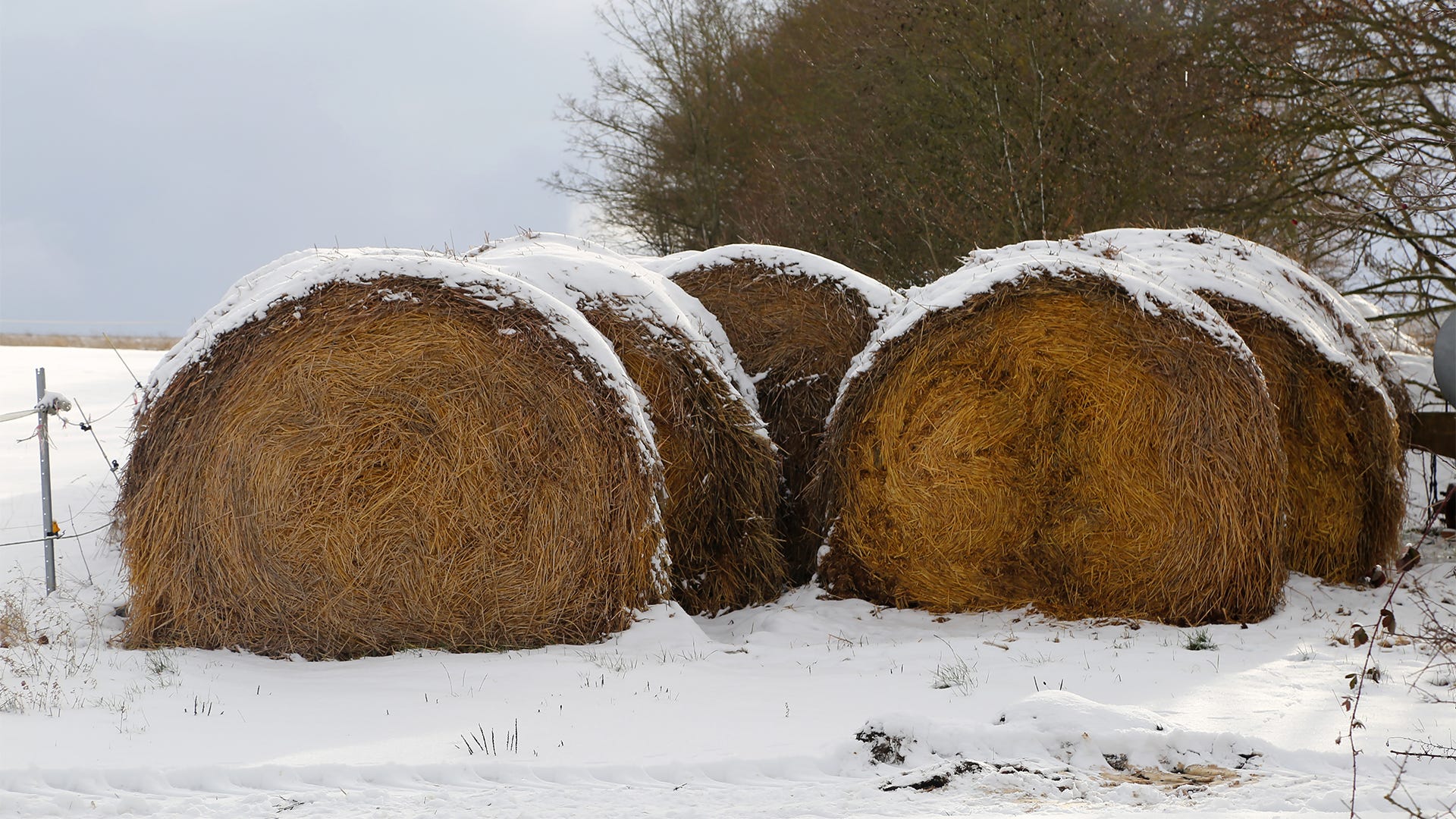 The past few years the price of hay has been rising due to shortages caused by weather conditions that made it difficult to cut and bale hay. It seems that this summer brought the same conditions which, once again, leaves us with high prices for hay. If you’re going to pay for hay to store for the winter months, you want to make sure you’re doing it the right way and keeping it in suitable condition.

It may not sound hard to stack some hay away for the winter, but it needs to be done properly or else you run the risk of exposing it to breakage, heat buildup, mold, and insect infestation.

Baling It’s important to start with proper baling. Hay needs to be baled at a proper moisture level. When first cut, hay has a moisture level of about 80%. This needs to be brought down to under 15% before baling to minimize the risk of fire.  Once it’s baled, the moisture level will ideally be 12-15%. If there is too much moisture the hay gets hot because it creates a bacteria and mold fungi-rich environment. The heat that generates from the bacteria and mold fungi consuming the hay can cause a spontaneous combustion.  On the reverse side, hay that is too dry will cause the leaves to fall off and break. Storage and Stacking Tips

Sign up today for exclusive deals, tips, and more »

Questions on Installation? Check out Our Guide!! »